Saw a new book on Audible from Neil Gaiman, so downloaded it and dove in. TLDR… I had no idea….

The mental images were dark, Gothic, Sin City like grittiness… mixed with the undertones of American Gods, DCs Joker and a wistful the Graveyard Book.

The chapters were like episodic graphic novels mixed with Black Mirror… and as I drew close to finishing the audio book, I felt surely this would make a great TV series (or something)….

ONLY TO FIND THAT…. I’ve been living under a rock… O_o

It is not only epic, it has received countless awards and is on multiple must-read lists. This audio book only represents the first 3 volumes of the series, but leaves you wishing for more. 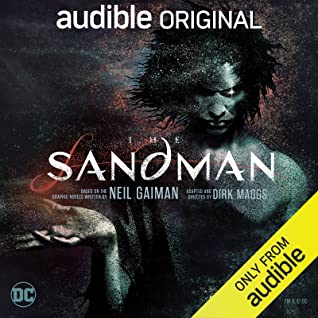